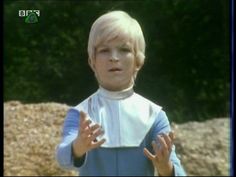 About 5 years ago I went to see a comic who was warming up for an Edinburgh stint.  It had all the hallmarks of an Edinburgh stint warm up show; a lot of the material was sketchy, and the comic was making little asides to himself and jotting notes in a pad about which jokes worked and which didn’t.  The loudest laughs came from a section where the comic talked about the absurdities of women’s fashion, and it’s a section that I’ve seen him replay on TV comedy quiz shows on more than one occasion.

I don’t mind.  It is a good bit.  The comic talked about the current trend for big bags (popularised by Victoria Beckham amongst others) and tiny, high heeled boots.  With big hair.  It’s what is called in fashion mags a ‘ groomed’ look, and suggests wealth and glamour.  The comedian used it for reductio ad absurdum; if we followed this trend doggedly, the world would be populated by women transformed into some sort of dinosaur throwback, tottering around on heels, bent double by the weight of their bags, half blinded by their own hair.

He told it a lot better than I did.  As you can tell, because it’s an image that has stayed with me longer than the name of the comedian did.  I’ve never been particularly interested in fashion, beyond aspiring to look like Bette Davis in the latter section of Now, Voyager and realistically being satisfied with my effort if I wear something other than jeans.  But I recognised the style of dress that he talked about and I recognise the pain that it must, it will, cause if subscribed to everyday.

Manchester is a curious place for fashion.  People work very hard to belong to a particular clique.  At the moment, any Friday Night in the Northern Quarter, a war is being waged between the hipsters (attire:  vintage, plaid shirts, cropped tops mix and match) and the glamour crowd (short structured dresses, fake tan, backcombed hair).  I never witness these wars, because I’m usually tucked up at home writing another bloody blog, but I do witness the fallout on a Saturday morning.  Today, as I stepped out for my acupuncture appointment (for regular readers the soundscape today was Clayderman revisiting Bryan Adam’s back catalogue and the beachtowel I was under was turquoise), I witnessed a child born of a fashion war.

She was dressed in black shiny lycra leggings with a short cream cropped top, with high heeled, peep toe boots.  Her hair fell as straight as water from Niagra Falls and her make up made her face take on a strange sheen.  Anyone educated in Britan during the eighties was probably made to watch the ‘Look and Read’ series.  In which case, you may have seen ‘The Boy from Space ‘ (indeed how could you forget it, so brilliant and strange it was) – that is the only way I can describe the pallour she achieved.  She had inked in a severe pair of eyebrows and a thick battalion of eyelashes to keep any enquirers at a safe distance. She was walking past a Greggs’ when i saw her.

Listen, I don’t really give a shit what anyone wears.  In fact, being such a fashion scaredy cat, I admire anyone who makes considered effort to express themselves through clothes and then has the chutzpah to ‘style it out’.  But at least enjoy it!  I went to Goldsmiths College, where people regularly dressed as sculpures or magic eye posters, but they owned it; they wanted to talk about the way they looked and what it meant.  More often than not, they dressed like that because it made them happy.  On the other hand,  this girl looked scared, defensive, hostile.  She had made incredible effort to be noticed for her choices but her attitude was so withdrawn and blocked that I felt sorry for her.  Also, she looked in pain; not in that carefree ‘ oh well my feet are going to kill me tomorrow but for tonight I’m going to knock em dead’ sort of way.  This was midday on a Saturday on a day as cold as a well-digger’s ass, where everyone around her was dressed in normal waffley stuff, like fleeces and scarves.  She was wincing, but covering her pain with defiance; don’t look at me, don’t talk to me, don’t anything.  How had she arrived at that kind of fashion?

Fashion is inevitable, because society says that we have to wear clothes, and to choose clothes, we have to make choices, whether fashionable or not.  Why make the choice to be in pain and then not even enjoy the effect you create, or have a damn good time looking the way you do?  I know that I sound as if I am hobbling ever forward on my Zimmer Frame towards a sensible seniority, but I don’t remember fashion being like this when I was a lass.  Even punk was aggressively, flamboyantly playful, not self-consciously agonising.

Please, young ladies and gentleman, wear weird stuff.  We all did it, at least once.  And it gives older people the opportunity to laugh with you (not at you; it reminds us, joyfully, of our own teenage wardrobe malfunctions).  But please, embrace it; do it with a smile.  Too soon you will feel the horrifying warmth of fleece and know that your time in lycra leggings was too brief and you will regret not spending it with a smile on your face.

Getting on with it. View all posts by nefny